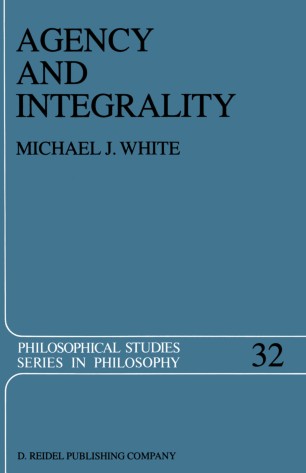 Philosophical Themes in the Ancient Discussions of Determinism and Responsibility

It is not very surprising that it was no less true in antiquity than it is today that adult human beings are held to be responsible for most of their actions. Indeed, virtually all cultures in all historical periods seem to have had some conception of human agency which, in the absence of certain responsibility-defeating conditions, entails such responsibility. Few philosophers have had the temerity to maintain that this entailment is trivial because such responsibility-defeating conditions are always present. Another not very surprising fact is that ancient thinkers tended to ascribe integrality to "what is" (to on). That is, they typically regarded "what is" as a cosmos or whole with distinguishable parts that fit together in some coherent or cohesive manner, rather than either as a "unity" with no parts or as a collection containing members (ta onta or "things that are") standing in no "natural" relations to one another. 1 The philoso­ phical problem of determinism and responsibility may, I think, best be characterized as follows: it is the problem of preserving the phenomenon of human agency (which would seem to require a certain separateness of individual human beings from the rest of the cosmos) when one sets about the philosophical or scientific task of explaining the integrality of "what is" by means of the development of a theory of causation or explanation ( concepts that came to be lumped together by the Greeks under the term "aitia") .