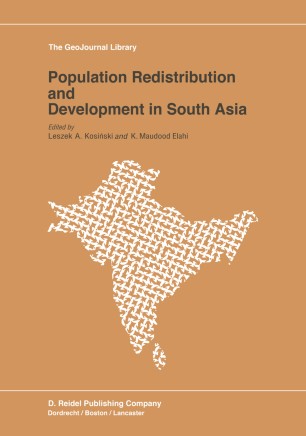 The mutual relationship between change in population distribution and its determinants and consequences on one hand, and social and economic development on the other, is becoming an increasingly important area of concern for researchers, policy makers and planners alike. During tha last several years the International Geographical Union Commission on Population Geography has devoted much of its attention to this problem and organized a series of international meetings focusing on population redistribution and its ramifications in different parts of the world. During one such meeting, held in 1980 in Karachi, Pakistan, some thirty papers were submitted by participants coming mostly from five countries in South Asia: Bangladesh, India, Nepal, Pakistan and Sri Lanka. The present volume is an outcome of that symposium, but it should not be regarded merely as a report of proceedings; these have been published separately by the Commission. Furthermore, all Pakistani papers were published in their original version in a separate volume edited by M.1. Siddiqi, who coordinated local arrangements for the meeting on behalf of Karachi University. This present volume offers only a selection of the original papers, all substantially edited and thoroughly revised, and brings them together with additionally solicited texts. All original figures have been redrawn and tables and references have been updated and standardized as much as possible.