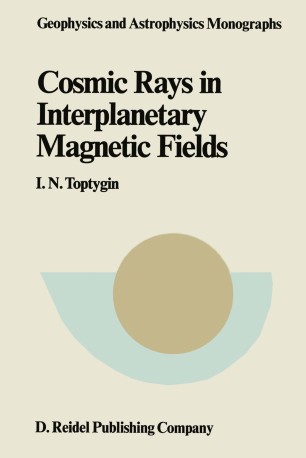 Fast particles of natural or1g1n (cosmic rays) have been used for a long time as an important source of astrophysical and geophysical information. A study of cosmic ray spectra, time variations, abundances, gradients, and anisotropy provides a wealth of data on physical conditions in the regions of cosmic ray generation as well as in the media through which cosmic rays propagate. Astrophysical aspects of cosmic ray physics have been considered in a number of monograpqs. The most detailed seems to be "The Origin of Cosmic Rays" by V. L. Ginzburg and S. 1. Syrovatskij (1964) which is, however, concerned mainly with galactic cosmic rays. The physics of the circumsolar space is discussed in this book only rather briefly. Several other monographs have been devoted mostly to the physics of the interplanetary medium and cosmic rays in interplanetary space. These include the books by Dorman (1963, 1975a, b), Parker (1963), Dorman and Miroshnichenko (1968). The present monograph differs from the above mentioned books in two main aspects: (i) It presents a unified theoretical approach to analys{ng the properties of fast particles in interplanetary space, based upon consideration of cosmic rays as a highly energetic component of the interplane~ary plasma, which makes use of the plasma physics methods to describe the behaviour of cosmic rays.