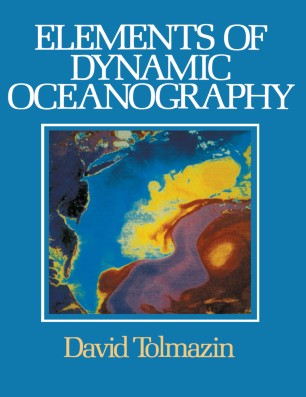 The ocean evokes the most romantic images of nature. It is the eternally hostile element that has taken a heavy toll for every act of discovery, sometimes in human lives. No wonder there has always been a romantic aura about those who take to the sea, be they pirates, fishermen, sailors, the ocean itself, have or even oceanographers. Their exploits, and provided ample food for thought and poetic inspiration. Clearly, man­ kind owes much to the ocean for the progress of civilization. There is more to wresting the ocean's secrets from its depths than simply the excitement of struggling with the elements. It is the thrill of ideas, of discoveries made by scientific analysis of oceanic phenomena. There have been quite a few renowned oceanographers who have never set foot aboard ship. All they did was to use the general laws of fluid behavior and mathematical formulas as tools to study the ocean and to predict events. Amazing 'armchair' discoveries of currents and deep­ sea flows, subsequently confirmed by observations at sea, are fascinat­ ing. What a scientist feels when uncovering the true behavior of oceanic phenomena in abstract columns of numbers, in long and cumbersome, or sometimes intriguingly simple, mathematical relations, is exhilara­ tion. My objective has been to bring this delightful esthetic pleasure within everyone's reach - the outcome is this book. It was about twelve years ago when I first recognized the inherent harmony of the theory of currents. I was probably prompted by H.