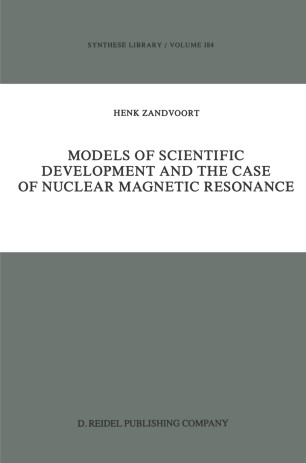 Models of Scientific Development and the Case of Nuclear Magnetic Resonance

From the nineteen sixties onwards a branch of philosophy of science has come to development, called history-oriented philosophy of science. This development constitutes a reaction on the then prevailing logical empiricist conception of scientific knowledge. The latter was increasingly seen as suffering from insurmountable internal problems, like e. g. the problems with the particular "observational-theoretical distinction" on which it drew. In addition the logical empiricists' general approach was increasingly criticized for two external shortcomings. Firstly, the examples of scientific knowledge that the logical empiricists were focusing on were con­ sidered as too simplistic to be informative on the nature of real life science. Secondly, it was felt that the attention of these philosophers of science was restricted to the static aspects of scientific knowledge, while neglecting its developmental aspects. History-oriented philosophy of science has taken up the challenge implicit in the latter two criticisms, i. e. to develop accounts of science that would be more adequate for understanding the development 1 of real life science. One of the more successful products of this branch of philosophy of science is Lakatos's theory of scientific development, sometimes called the "methodology of scientific research programmes". This theory conceives science as consisting of so called research program­ mes developing in time, and competing with each other over the issue which one generates the best explan~tions of the phenomena that they address.