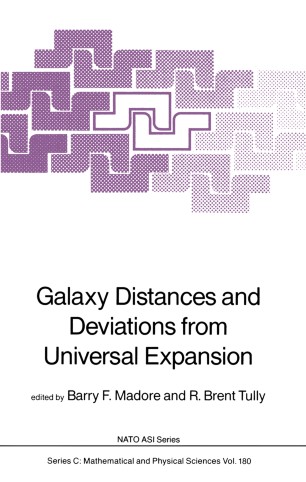 It was a general feeling among those who attended the NATO / ARW meeting on the Galaxy Distances and Deviations from Universal Expansion, that during the week in Hawaii a milestone had been passed in work on the distance scale. While not until the last minute did most of the participants know who else would be attending, no one was displeased with the showing. As it turned out, scarcely a single active worker in the field of the distance scale missed the event. Few knew all of the outstanding work that was to be revealed, and/or the long-term programs that were to be encapsulated in the first few days. Areas of general agreement were pinpointed with candid speed, and most of the discussion moved on quickly to new data, and areas deserving special new attention. As quickly as one project was reported as being brought successfully to a close, a different group would report on new discoveries with new directions to go. New data, new phenomena; but the sentiment was that we were building on a much safer foundation, even if the Universe was unfolding in a much more complex and unexpected way than was previously anticipated. In editing these proceedings a decision was made well in advance of the Meet­ ing that no attempt would made to record the discussion. This was done for many reasons.