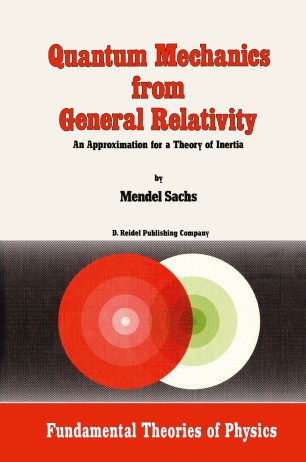 An Approximation for a Theory of Inertia

This monograph is a sequel to my earlier work, General Relativity and Matter [1], which will be referred to henceforth as GRM. The monograph, GRM, focuses on the full set of implications of General Relativity Theory, as a fundamental theory of matter in all domains, from elementary particle physics to cosmology. It is shown there to exhibit an explicit unification of the gravitational and electromagnetic fields of force with the inertial manifestations of matter, expressing the latter explicitly in terms of a covariant field theory within the structure of this general theory. This monograph will focus, primarily, on the special relativistic limit of the part of this general field theory of matter that deals with inertia, in the domain where quantum mechanics has been evoked in contemporary physics as a funda­ mental explanation for the behavior of elementary matter. Many of the results presented in this book are based on earlier published works in the journals, which will be listed in the Bibliography. These results will be presented here in an expanded form, with more discussion on the motivation and explanation for the theoretical development of the subject than space would allow in normal journal articles, and they will be presented in one place where there would then be a more unified and coherent explication of the subject.