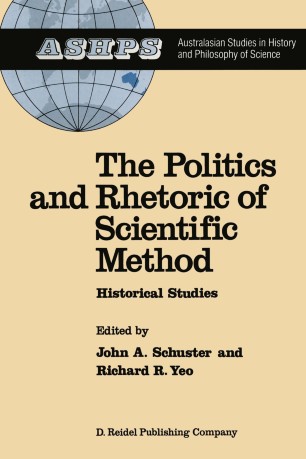 The Politics and Rhetoric of Scientific Method

Part of the Australasian Studies in History and Philosophy of Science book series (AUST, volume 4)

`... the historiographical standards to which this volume as a whole conforms are of the highest. For a state-of-the-art methodology with which to deal with methodology, it is compulsory reading.'
ISIS, 78:1 (1987)