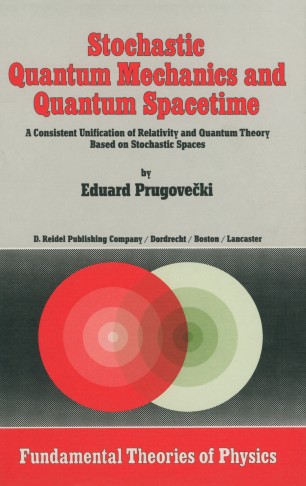 The principal intent of this monograph is to present in a systematic and self-con­ tained fashion the basic tenets, ideas and results of a framework for the consistent unification of relativity and quantum theory based on a quantum concept of spacetime, and incorporating the basic principles of the theory of stochastic spaces in combination with those of Born's reciprocity theory. In this context, by the physicial consistency of the present framework we mean that the advocated approach to relativistic quantum theory relies on a consistent probabilistic interpretation, which is proven to be a direct extrapolation of the conventional interpretation of nonrelativistic quantum mechanics. The central issue here is that we can derive conserved and relativistically convariant probability currents, which are shown to merge into their nonrelativistic counterparts in the nonrelativistic limit, and which at the same time explain the physical and mathe­ matical reasons behind the basic fact that no probability currents that consistently describe pointlike particle localizability exist in conventional relativistic quantum mechanics. Thus, it is not that we dispense with the concept oflocality, but rather the advanced central thesis is that the classical concept of locality based on point­ like localizability is inconsistent in the realm of relativistic quantum theory, and should be replaced by a concept of quantum locality based on stochastically formulated systems of covariance and related to the aforementioned currents.

`It is a book which should certainly be included in any library collection on quantum mechanics, and perhaps in the personal libraries of those who are interested in more than standard presentations.' The Australian Physicist (July 1985)