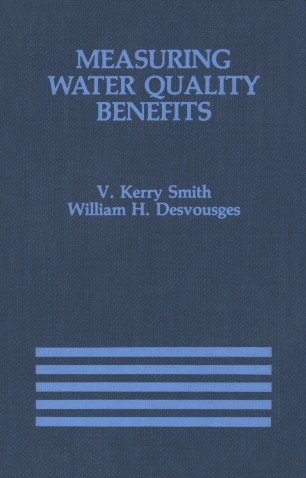 Almost 5 years ago we began working together on research for the U.S. Environmental Protec­ tion Agency (EPA) to measure the benefits of water quality regulations. EPA had awarded a contract to Research Triangle Inst~ute (RTIl in response to a proposal that Bill wrote on measuring these benefits. After meeting with the EPA project officer, Dr Ann Fisher, the basic outlines of what would become this research were framed. Upon the suggestion of Bob Anderson, then chief of the Benefits Branch at EPA, we selected the Monongahela River as the focal point of a case study that would compare alternative benefit measurement approaches. Exactly how this case study would be done remained vague, but Ann urged that there be a survey and that nonuse benefits be included in the question­ naire design. Of course, Bill agreed. At the same time, Kerry was independently working on a review article that tied together some of the loose threads in the option value literature. He had also been thinking about how to measure option value, as well as working on ways to generalize the travel cost approach for estimating benefits of site attributes. Glenn Morris at RTI suggested that Bill have lunch with him and Kerry and that they could talk about Bill's research to see if there were any mutual interest. Over the lunch and Bill's ever present dessert in a Chapel Hill restaurant, we found out just how much we have in common.