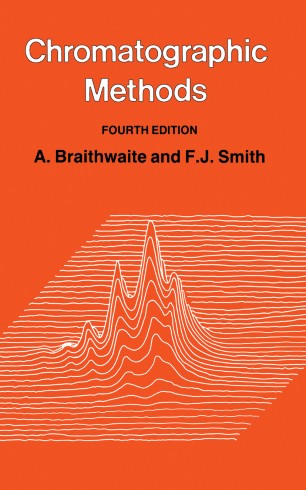 In recent years the techniques of chromatography have progressed rapidly. However, the aims and objectives of the First Edition, as quoted below, are just as relevant today as they undoubtedly were in 1963. 'The various methods of separating mixtures which are grouped under the general name chromatography are now well known and widely used. Since the inception of chromatography as a column technique in 1903, the principal landmarks in its progress have been its virtual rediscovery in the 1930s, the invention of synthetic resins in 1935, the introduction of paper chromatography in the early 1940s and finally, the development of gas solid and gas liquid chromatography in the late 1940s and early 1950s. Subsequent expansion in the use of chromatographic methods has been rapid and continuous, with the result that in the last 15 years a substantial volume of literature on the subject has appeared, dealing not only with particular separations but also in much specific detail with improvements in technique.