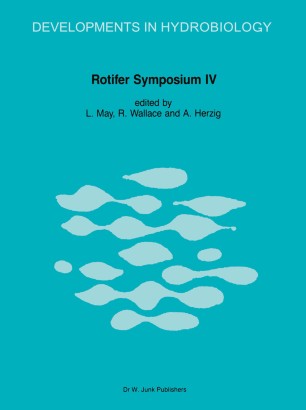 Part of the Developments in Hydrobiology book series (DIHY, volume 42)

The fourth international rotifer symposium was Wednesday afternoon a tour of Edinburgh, includ­ held in Edinburgh, Scotland, August 18 - 25, 1985, ing a visit to the Palace of Holyrood, was arranged. hosted by the Institute of Terrestrial Ecology. This This was followed by an evening banquet with meeting continued the tradition of holding rotifer traditional Scottish entertainment. On Thursday symposia at three-year intervals. The first an­ evening most participants attended a fireworks dis­ nouncement of the fourth meeting was circulated at play which was part of the Edinburgh Festival. Fi­ the end of 1983 to almost 300 people whose names nally, an excursion to Loch Lomond and the Tros­ appeared on the mailing list of the international sach hills was arranged for the Saturday after the newsletter, Rotifer News. In total, 68 people from meeting. 23 countries attended the meeting. It is interesting The organisers would like to thank Mr. C. J. to note that, of these 68 participants, 21 had at­ Place and colleagues at the Institute of Terrestrial tended the first meeting, held in Linz, Austria, Ecology for their invaluable help in organising the 1976, and 13 had attended all three previous meet­ meeting and preparing the symposium volume for ings. publication. We are also grateful for financial sup­ As in previous symposia, some research topics port from the Royal Society, the British Council were identified in advance of the meeting as being and British Petroleum (Scotland).