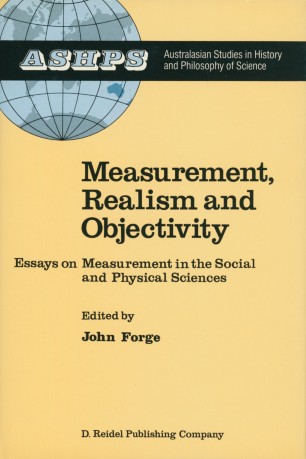 Essays on Measurement in the Social and Physical Sciences

Part of the Australasian Studies in History and Philosophy of Science book series (AUST, volume 5)