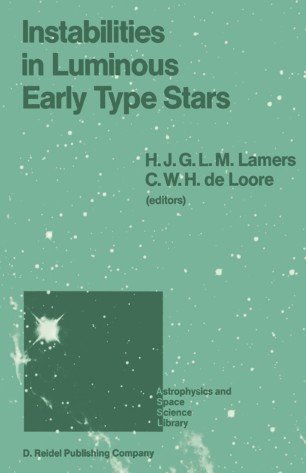 Proceedings of a Workshop in Honour of Professor Cees De Jager on the Occasion of his 65th Birthday held in Lunteren, The Netherlands, 21–24 April 1986

On April 28 1986 Cornelis de Jager reached the age of 65 years. On April 30 he officially retired from the University of Utrecht where he has held a Chair for Stellar Astrophysics, later changed into Space Physics, since 1958. Cees de Jager, as he prefers to be called by his friends, has had an active and successful life in science. His interest in astronomy was raised by his father under the clear skies of Celebes (Indonesia). He started a study in physics and astronomy as a student of the late M. Minnaert in Utrecht during World War II. When in 1943 the occupying forces recruited students who did not want to sign the declaration of loyalty for their war-efforts, Cees and three fellow students went into hiding at the Observatory in Utrecht. During this very "quiet" period van de Hulst developed the theory of the 21 em radiation of neutral hydrogen and de Jager started the observations of variable stars in the pitch dark nights of a country at war. The study of Beta Cepheids rapid­ ly awoke his interest which was kept throughout the years. In 1958 he organized an international campaign to observe 12 Lac spectroscopically and photometrically, which was a great success.