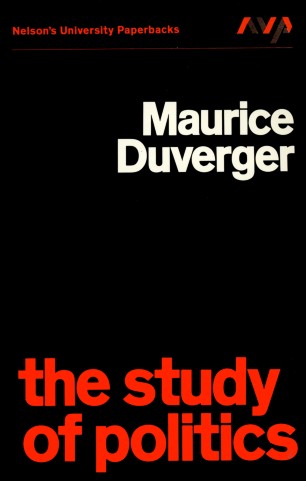 The Study of Politics

If the study of politics is to be rewarding both intellectually and practically it must. by definition. concern itself with the great issues which arise in the real world and with the fundamental arguments which occur about their nature and the possible solutions to them. Abstract political philosophy which is not informed by the experi­ ence of practice will become sterile. A study of constitutions and the machinery of government can become dry-as-dust and hence boring unless the underlying principles are analysed and grasped. But theo­ ries of political change divorced from an understanding of consti­ tutions and institutions will degenerate into mere phrase-mongering. Attempts to apply the techniques of the natural sciences to politics will lead to model building for its own sake and thence to arid and barren intellectualism unless it is understood that it is impossible to quantify the intangible. Indeed. anyone-sided approach to politics and consequent failure to grasp the essential wholeness of the sub­ ject is bound to end in disaster. The study of politics is a study of changing human relationships in dynamic societies. Thus it involves. since the present and hence the future are shaped in part by the past. an appreciation of history.