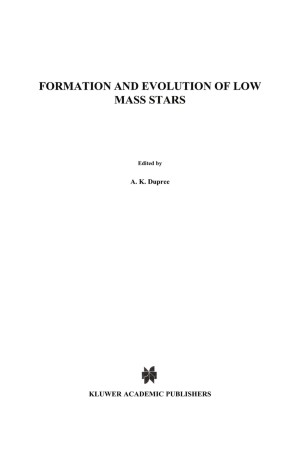 This book represents the Proceedings of the NATO Advanced Study Insti­ tute on Formation and Evolution of Low Mass Stars held from 21 September to 2 October 1987 at Viana do Castelo, Portugal. Holding the meeting in Portugal recognized both the historical aspects and the bright future of astronomy in Portugal. In the early sixteenth century, the Portugese played an important role in the critical diffusion of classical and medieval knowledge which formed so large a part of scientific activity at that time. Navigation and course setting, brought to a high level by Portugese explorers, relied on mathematics and astronomy to produce precise tables of solar positions. In contemporary Portu­ gal, astronomy is the focus of renewed interest and support at the universities. It is thus particularly appropriate that the NATO Advanced Study Institute was held on the coast of the Atlantic Ocean in the friendly surroundings of the Costa Verde.