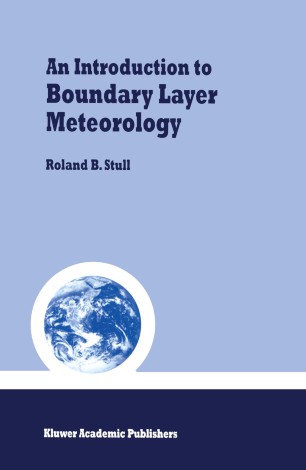 An Introduction to Boundary Layer Meteorology

The work should also be considered as a major reference and as a review of the literature, since it includes tables of parameterizations, procedures, field experiments, useful constants, and graphs of various phenomena under a variety of conditions.

The author envisions, and has catered for, a heterogeneity in the background and experience of his readers. Therefore, the book is useful to beginning graduate students as well as established scientists.

'The book is a welcome addition to the boundary-layer literature, one of the first truly comprehensive texts... ' (Boundary-Layer Meteorology)

'Stull's book is destined to be the overwhelmingly favorite text and general reference in atmospheric turbulence and boundary layer physics during the1990s'. (AMS Bulletin, 1990)

'.. a good introductory textbook which is likely to be well used in the coming years.'  (Quarterly Journal of the Royal Meteorological Society)