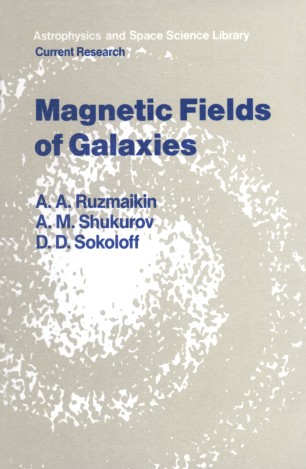 Magnetism, when extended beyond normal frameworks into cosmic space is characterized by an enormous spatial scale. Because of their large sizes the nature of magnets such as the Earth and the Sun is entirely different from the nature of a horseshoe magnet. The source of cosmic magnetism is associated with the hydrodynamic motions of a highly conductive medium. In this aspect, cosmic magnets resemble a dynamo. However, currents in the dynamo flow along properly ordered wires, while chaotic, turbulent motions are dominant inside stars and liquid planetary cores. This makes more intriguing and surprising the fact that these motions maintain a regular magnetic field. Maintenance of magnetic fields is even more impressive in huge magnets, i.e. galaxies. In fact, we are living inside a giant dynamo machine, the Milky Way galaxy. Although the idea of the global magnetic field of our Galaxy was clearly proposed almost 40 years ago, firm observational evidence and definite theoretical concepts of galactic magnetism have been developed only in the last decade. This book is the first attempt at a full and consistent presentation of this problem. We discuss both theoretical views on the origin of galactic magnetism and the methods of observational study. Previous discussions were on the level of review articles or separate chapters in monographs devoted to cosmic magnetic fields (see, e.g., H. K. Moffatt, 1978, E. N. Parker, 1979 and Zeldovich et aI., 1983).