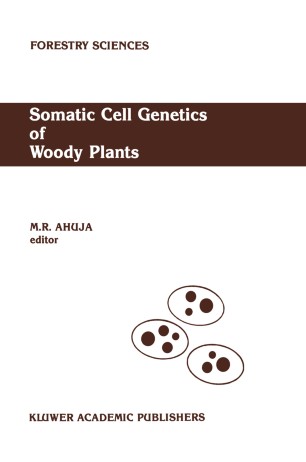 Most forest tree species were considered recalcitrant a decade ago, but now with the improved in vitro techniques some progress has been made towards culture-of tree species. Micro­ propagation has been achieved from the juvenile tissues of a number of forest tree species. On the other hand, tissues from most mature trees are still very difficult to grow and differen­ tiate in vitro. Nevertheless, there has been slow but steady progress in the application of tissue culture technology for culture of tissues, organs, cells and protoplasts of tree species. As compared to most agricultural crops, and herbaceous plant species, trees are a different lot. They have long gene­ ration cycles. They are highly heterozygous and have a large reservoir of genetic variability. Because of this genetic variability, their response in vitro is also variable. On a single medium, the response of tissues from different trees (genotypes) of a single species may be quite different: some responding by induction of growth and differentiation, while others showing minimal or no growth at all. That makes the somatic cell genetics of woody plants somewhat difficult, but at the same time interesting.

`The volume will be useful for investigators engaged in foretry research and is recommended as a good addition for libraries.'
H. Hattemer and P. Srivastava, Plant Breeding, 1990
`The book will undoubtedly be an excellent source of information not only for researchers engaged in genetics and breeding of woody plants but for researchers in plant physiology, genetics, and related branches in general.'
Biologia Plantarum, 33:1, 1991