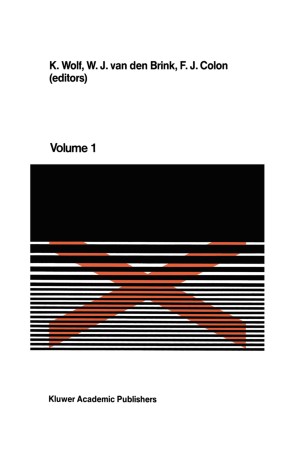 W.A. de Jong President of TNO Until some decades ago man supposed that the resilience of the environment was unlimited. He thought he could draw heavily on nature with impunity and that he could infinitely dump his waste into the environment. We have come to know better now: virtually everyone is well aware that one cannot just go on burdening the environment of man, animal and plant to such an extent. TNO, the Netherlands Organization for Applied Scientific Research, is among those research institutions that are working on economically feasible solutions for pollution problems resulting from human activities. Soil contamination and remediation feature as important topics in TNO's environmental research programme. In view of the international scope of the problem, TNO organized an international conference on this subject in Utrecht, the Netherlands, in November 1985, which met with a worldwide response from the scientific community as well as from governments and industry. The international interest taken in soil contamination is underlined by the fact that the Second International Conference on Contaminated Soil takes place in a country where remedial action is being given high political priority.