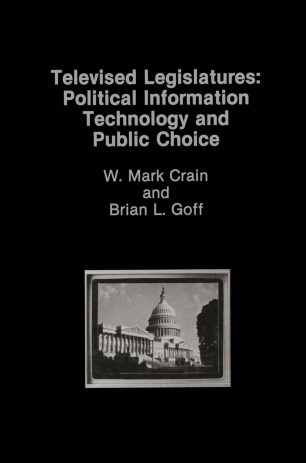 Our interest in studying televised legislatures was kindled by two episodes. The first was a series of rejections by the U.S. Senate between 1984 and 1986 of resolutions to permit live television coverage of floor proceedings. The second was the 1984 "Camscam affair," the media label given to a partisan war over camera coverage of U.S. House proceedings. Each episode, if nothing else, made plain the intensity of the feelings that elected representatives feel about televised sessions. Legislative television was not taken lightly by those who had the most to gain or lose. Surveys indicate that legislative watchers, "C-SP AN junkies," number in the millions and penetration of cable access to televised sessions numbered nearly 40 million in 1986. In addition to the direct viewers, television news programs increasingly use excerpts from the televised sessions as enhancements and sources for political reporting. Televising legislatures, in short, has attracted much new attention to the process oflegislating. The innovation and diffusion of the electronic Acropolis has transformed politics in the U.S. Yet, its impact on the democratic process has attracted little notice except from a few political journalists. Our predilections as economists working in the public choice tradition led us into the analysis of several questions surrounding television: What do televised sessions provide for legislators? How are incumbent reelection bids affected? Do all incumbents benefit? How are legislative sessions changed? Has the enactment of laws been influenced? For the most part, these questions had received only cursory treatment.