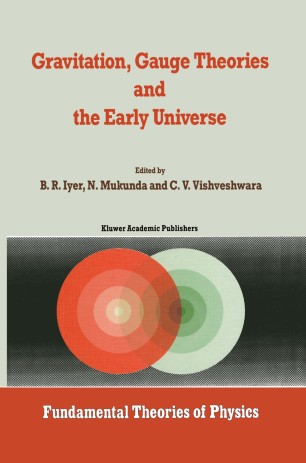 This book evolved out of some one hundred lectures given by twenty experts at a special instructional conference sponsored by the University Grants Commis­ sion, India. It is pedagogical in style and self-contained in several interrelated areas of physics which have become extremely important in present-day theoretical research. The articles begin with an introduction to general relativity and cosmology as well as particle physics and quantum field theory. This is followed by reviews of the standard gauge models of high-energy physics, renormalization group and grand unified theories. The concluding parts of the book comprise discussions in current research topics such as problems of the early universe, quantum cosmology and the new directions towards a unification of gravitation with other forces. In addition, special concise treatments of mathematical topics of direct relevance are also included. The content of the book was carefully worked out for the mutual education of students and research workers in general relativity and particle physics. This ambitious programe consequently necessitated the involvement of a number of different authors. However, care has been taken to ensure that the material meshes into a unified, cogent and readable book. We hope that the book will serve to initiate and guide a student in these different areas of investigation starting from first principles and leading to the exciting current research problems of an interdisciplinary nature in the context of the origin and structure of the universe.