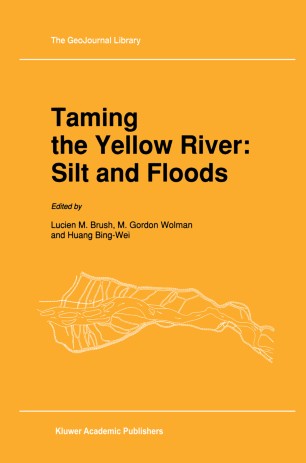 Proceedings of a Bilateral Seminar on Problems in the Lower Reaches of the Yellow River, China

Part of the The GeoJournal Library book series (GEJL, volume 13)

About four years ago Dr. Gilbert White visited China and sowed the seeds of this project through conversations with Drs. Huang and Gong of the Chinese Academy of Sciences, and Mr. Long of the Yellow River Conservancy Commission. After some additional rounds of communications by letter, the plan for a workshop evolved and Drs. Wolman and Brush visited with Dr. Sabadell of the Nat_ional Science Foundation to begin the initial planning. In March 1987 Dr. Brush visited China and the details were worked out for the October 1987 workshop. At the outset it was recognized that the 10 American scientists and engineers ltad very Ii ttle knowledge of the Yellow River and none had ever seen it. Therefore, it became important that field trips be scheduled before the workshop to better set the stage for fruitful discussions. It was also acknowledged that the American participants could not present papers about the Yellow River per se so their offerings reflected their general knowledge of rivers using other rivers as examples. On the other hand the Chinese participants were all well into the difficult problems of harnessing the Yellow River and made their presentations accordingly. Despite these differences the subject matter was the unifying thread and cross communication was excellent.