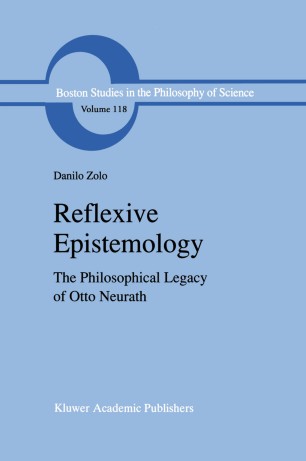 The Philosophical Legacy of Otto Neurath

Part of the Boston Studies in the Philosophy of Science book series (BSPS, volume 118)

Professor Danilo Zolo has written an account of Otto Neurath's epistemology which deserves careful reading by all who have studied the development of 20th century philosophy of science. Here we see the philosophical Neurath in his mature states of mind, the vigorous critic, the scientific Utopian, the pragmatic realist, the sociologist of physics and of language, the unifier and encyclopedist, always the empiricist and always the conscience of the Vienna Circle. Zolo has caught the message of Neurath's ship-at-sea in the reflexivity of language, and he has sensibly explicated the persisting threat posed by consistent conventionalism. And then Zolo beautifully articulates of the 'epistemological priority of sociology'. the provocative theme Was Neurath correct? Did he have his finger on the pulse of empiricism in the time of a genuine unity of the sciences? His friends and colleagues were unable to follow all the way with him, but Danilo Zolo has done so in this stimulating investigation of what he tellingly calls Otto Neurath's 'philosophical legacy' . R.S.COHEN ix ABBREVIATIONS 'Pseudo' = [Otto Neurath], 'Pseudorationalismus der Falsifikation', Erkenntnis,5 (1935), pp. 353--65. Foundations = [Otto Neurath], Foundations of the Social Sciences, in International Encyclopedia of Unified Science, vol. 2, no. 1, pp. 1-51, Chicago: The University of Chicago Press, 1944. ES = Otto Neurath, Empiricism and Sociology, ed. by M. Neurath and R.S. Cohen, Dordrecht and Boston: D. Reidel, 1973.