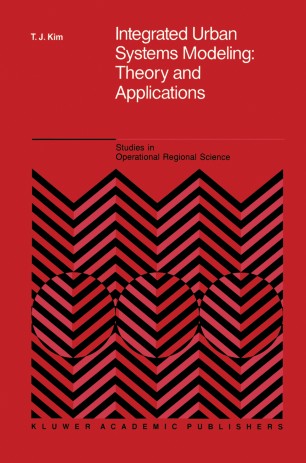 A wide range of books on urban systems models are available today for the student of urban planning, geography, and economics. There are few, if any, books, however, that deal with integrated urban systems modeling from the operational viewpoint. The term "integrated" is used here in the same sense as the "general equilibrium", in contrast to such approaches as "sequential" or "partial equilibrium". In fact, the main thesis of this book is that the characteristics of ur­ ban activity that best distinguish it from rural activity are (1) the intensive use of urban land and (2) urban congestion. On this basis, models that are introduced in this book are three- dimensional in character and produce urban land use configurations with explicit optimal density of urban pro­ duction activities along with optimal levels of transportation congestion. It is also assumed that both public and private sectors play significant roles in shaping urban forms, structures, and functions in mixed economic systems. From this viewpoint, models developed in this book address two integrated decision-making procedures: one by the public sector, which provides urban infrastructure and public services, and the other one by the private sector, which uses provided infrastructure and public services in pursuing parochial interests.