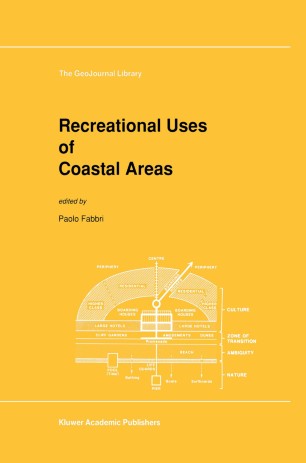 A Research Project of the Commission on the Coastal Environment, International Geographical Union

Part of the The GeoJournal Library book series (GEJL, volume 12)

Human clustering in coastal areas The coastal zone has gained a solid reputation as a place vocated for recreational activities and this is generally related to the presence of the sea. The relationship, however, does not appear univocal or simple: the sea can be perceived as a hostile element by humans and the more general question of whether the presence of the shore is in itself a favourable, repulsive, or irrelevant factor to settlement is a debatable point, at least for pre-industrial societies. Back in the early part of the 19th century, Friedrich Hegel regarded oceans and rivers as unifying elements rather than dividing ones, thus implying a trend towards the concentration of human settlements along them. 'The sea', he wrote, 'stimulates 1 courage and conquest, as well as profit and plunder', although he realized that this did not equally apply to all maritime peoples. In Hegel's view, different approaches to the sea were mainly the results of cultural factors and, in fact, he recognized that some people living in coastal areas perceive the sea as a dangerous and alien place and the shore as aftnis terrae.