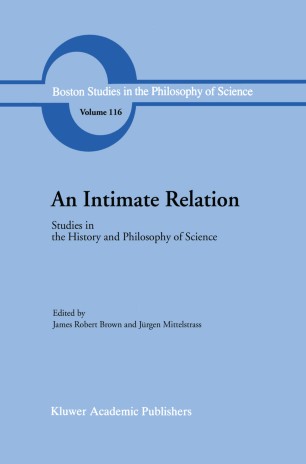 Studies in the History and Philosophy of Science Presented to Robert E. Butts on his 60th Birthday

Part of the Boston Studies in the Philosophy of Science book series (BSPS, volume 116)

The best philosophy of science during the last generation has been highly historical; and the best history of science, highly philosophical. No one has better exemplified this intimate relationship between history and philosophy than has Robert E. Butts in his work. Through­ out his numerous writings, science, its philosophy, and its history have been treated as a seamless web. The result has been a body of work that is sensitive in its conception, ambitious in its scope, and illuminat­ ing in its execution. Not only has his work opened new paths of inquiry, but his enthusiasm for the discipline, his encouragement of others (particularly students and younger colleagues), and his tireless efforts to build an international community of scholars, have stimulated the growth of HPS throughout Europe and North America. Many of the essays in this volume reflect that influence. Our title, of course, is deliberately ambiguous. The essays herein are by colleagues and former students, all of us wishing to honour an intimate friend. Happy Birthday, Bob! IX INTRODUCTION The essays herein cover a variety of concerns: from Descartes to reduction, from Galileo to gambling, from Freud's psychoanalysis to Kant's thing-in-itself. But under this diversity there is an approach common to them all. Things are largely done with a concern for and a sensitivity to historical matters (including contemporary history, of course).