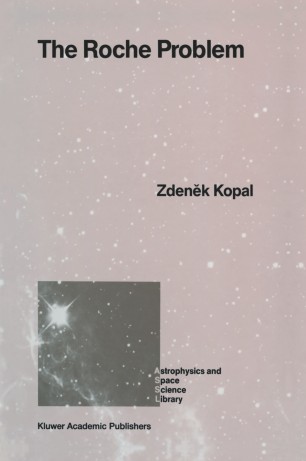 And Its Significance for Double-Star Astronomy

The words of this preface were written when the book was ready to go to the press; and are limited to only a few points which are best made in this place. As is intimated by the sub-title, the whole volume was written with appli­ cations in mind to double-star astronomy. The latter is, however, not the only branch of our science which could benefit from its contents. The same is true of certain aspects of the dynamics of stellar systems or galaxies (the stellar popula­ tions of which are also characterized by the fact that the mean-free-path of their constituent stars are long in comparison with the dimensions of the respective systems); the central condensations of which are high enough to approximate the gravitational action of a "mass-point". This fact did not, to be sure, escape the attention of previous investigators (in the case of globular clusters, in particular, the Roche model was introduced in their studies under the guise of polytropic models characterized by the index n = 5); though no particular attention will be paid to these in this book. But possible applications of the Roche model are not limited to problems arising in stellar astrophysics. With Coulomb forces replacing gravitation, the equilibrium model finds a close analogy in the field of electrostatics-as was pointed out already at the beginning of this century by (then young) J. H. Jeans (cf.