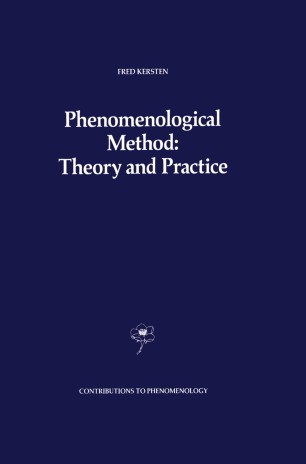 Part of the Contributions to Phenomenology book series (CTPH, volume 1)

This book has two parts. The first part is chiefly concerned with critically establishing the universally necessary order of the various steps of transcendental phenomenological method; the second part provides specific cases of phenomenological analysis that illustrate and test the method established in the first part. More than this, and perhaps even more important in the long run, the phenomeno­ logical analyses reported in the second part purport a foundation for drawing phenomenological-philosophical conclusions about prob­ lems of space perception, "other minds," and time perception. The non-analytical, that is, the literary, sources of this book are many. Principal among them are the writings of Husserl (which will be accorded a special methodological function) as well as the writings of his students of the Gottingen and Freiburg years. Of the latter especially important are the writings and, when memory serves, the lectures of Dorion Cairns and Aron Gurwitsch. Of the former especially significant are the writings of Heinrich Hofmann, Wilhelm Schapp, and Hedwig COlilrad-Martius.