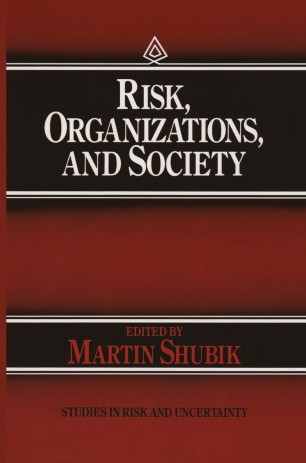 Part of the Studies in Risk and Uncertainty book series (SIRU, volume 2)

Growth of the electric industry Electric generating stations and the associated transmission and distribu­ tion systems are high ticket items as are the costs of fuel and of operating the industry. The country presently spends about $150 billion annually on electricity. It is the country's largest industry, with assets of over $400 billion (Edison Electric Institute Statistical Year book, 1985). The country's electric generating capacity and the end use of electricity grew exponentially for about 70 years, starting at the beginning of the century, with a doubling period of roughly seven years (see figurelO-1). Over much of this period electric utility planning could simply consist of laying a ruler on such a logarithmic plot. The utilities could then, know­ ing plant construction times, write out purchase orders. Improvements in power generating technology allowed electric rates to decline, which permitted the market to expand to accommodate the additional supply. The prospective growth was a heady vision and provided much of the stimulus for the supporters of nuclear power. An example of such extra­ polation made in 1971 is shown in figure 10-2 (The U. S. Energy Problem, 1971). Another forecast (Electrical Power Supply and Demand Forecasts for the United States Through 2050, 1972) projected an installed capacity of 1. 5 million MV(e) in the year 2000, of which 45 percent was to be nuclear. For the year 2050 the installed capacity would have risen to 5. 2 million MW(e), of which 88 percent was to be nuclear.