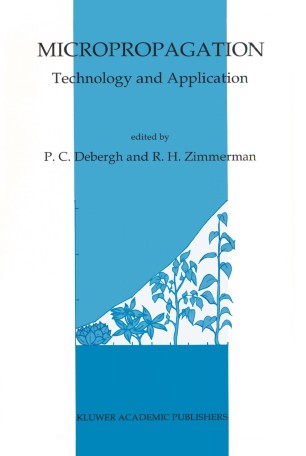 Micropropagation is a technology that has developed within the past 30 years. Earlier overviews of plant tissue culture have reviewed micropropagation as just one of many tissue culture procedures in use. Since the applications of this technology have multiplied so rapidly in recent years, we decided that a specific overview of the technology was now appropriate Our book begins with a review of the general principles of tissue culture as applied to micropropagation. This review is concise since the general topic has been covered in numerous other books and reviews. The basic principles of laboratory design and construction are summarized in the second chapter. Common problems encountered in micropropagation, both during and after culture, are examined in detail in four chapters. As micropropagation developed from a laboratory curiosity to a commercial industry, different considerations became important. These are discussed in two chapters. An attempt has been made to assess the current status of commercial production around the world. This has been difficult because commercial production figures are often closely guarded and little has been done to collect statistics on this growing industry. Applications to a broad range of crops are discussed in a series of chapters. These try to report the state of the art in each area, but since applications for some crops are much more advanced than for others, the focus of these chapters varies depending upon the progress that has been made.

' It can be recommended to everybody involved in the in vitro cultivation. ' Biologia Plantarum 34 1992
'Overall, I found this book to be a useful "Overview" of the field of micropropagation and an excellent exhaustive compilation of the current works and future perspectives for both industrial and research tissue culture laboratories interested....' Acta Oecologica 13:5 1992