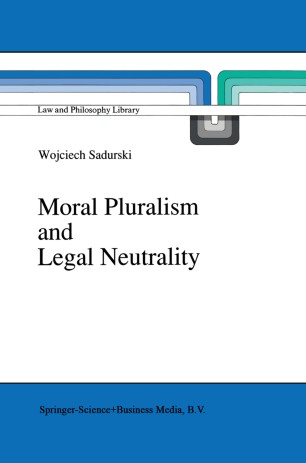 lt is a commonplace that law and morality intersect and interpenetrate in all the areas of legal decision-making; that in order to make sense of constitutional, statutory or common-law questions, judges and other legal decision-makers must first resolve certain philosophical issues which include moral judgments of right and wrang_ This is particularly evident with regard to constitutional interpretation, especially when constitutions give a mandate for the protection of the substantive norms and values entrenched as constitutional rights. In these Situations, as a leading contemporary legal philosopher observed, the "Constitution fuses legal and moral issues, by making the validity of a law depend on an answer to complex moral 1 problems". But the need for substantive value elucidation is not confined, of course, only to constitutional interpretation under Bills of Rights. This, however, immediately raises a dilemma stemming from the moral diversity and pluralism of modern liberal societies. How can law remain sensitive to this pluralism and yet provide clear answers to the problems which call for a legal resolution? Sharply conflicting values in modern societies clash in the debates over the death penalty, abortion, homosexuality, separation of state and religion, the scope of the freedom of the press, or affirmative action. lt would often be difficult to discern a broader consensus within which these clashes of values operate, unless this consensus were described in such vague terms as to render it practically meaningless.