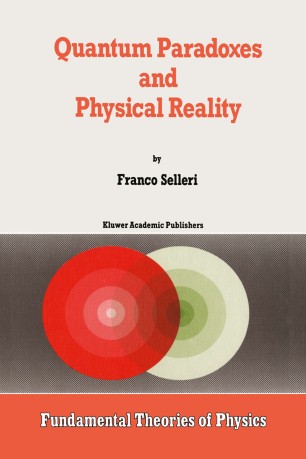 Although the debate about the true nature of the quantum behavior of atomic systems has never ceased, there are two periods during which it has been particularly intense: the years that saw the founding of quantum mechanics and, increasingly, these modern times. In 1954 Max Born, on accepting the Nobel Prize for his 'fundamental researches in quantum mechanics', recalled the depth of the disagreements that divided celebrated quantum theorists of those days into two camps: . . . when I say that physicists had accepted the way of thinking developed by us at that time, r am not quite correct: there are a few most noteworthy exceptions - namely, among those very workers who have contributed most to the building up of quantum theory. Planck himself belonged to the sceptics until his death. Einstein, de Broglie, and Schriidinger have not ceased to emphasize the unsatisfactory features of quantum mechanics . . . . This dramatic disagreement centered around some of the most funda­ mental questions in all of science: Do atomic objects exist il1dependently of human observations and, if so, is it possible for man to understand correctly their behavior? By and large, it can be said that the Copenhagen and Gottingen schools - led by Bohr, Heisenberg, and Born, in particula- gave more or less openly pessimistic answers to these questions.