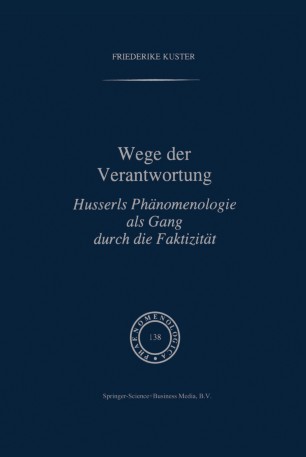 This work employs Husserl's concept of responsibility as a guiding clue for the clarification of the self-understanding of phenomenology as a `rigorous science'. Originally an appeal for radical accountability and ultimate foundation in the field of philosophical theory, Husserl's concept of responsibility culminated finally in a philosophy of human self-renewal. This philosophical telos of ultimate self-responsibility, which was also fuelled by a striving towards cultural reform, was realised for Husserl in a transcendental field of transparent self-evidence, linguistic univocity and transhistorical ideality.
With reference to J. Derrida's reading of Husserl, the author shows, that the elements singled out as those for which phenomenology cannot assume responsibility - exteriority, passivity and contingency - are not only delivered over to the interminable process of being worked upon, but remain rather constitutive for the endeavour of phenomenologising itself. This becomes manifest in the inevitable linguisticality of phenomenology, its `secondary enworlding', as it is conceived in E. Fink's project of the VIth Cartesian Meditation. In the context of this linguisticality it is the explosive power of the metaphor, which vouches for the openness, that fulfils the mission of phenomenology to carry in its innermost nature responsibility for a space of transgression.