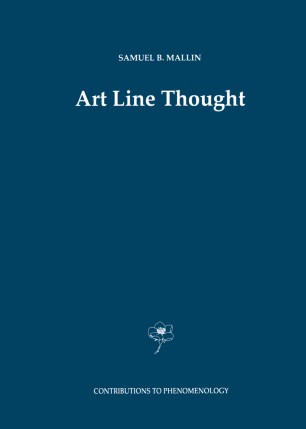 Part of the Contributions To Phenomenology book series (CTPH, volume 21)

Art Line Thought discusses the main issues that beset our time and philosophy by locating these same issues in artworks and describing closely what is shown there. While respecting their differences, art and philosophy are thus made to cross back and forth into one another, delineating in fresh ways our concerns about nature, the human and non-human, the body, femininity, ecology, technology, textism, the end of history, community, postmodernism, relativism and non-Eurocentric ethics. A `philosophy of line' gathers these issues, opposing the current dominance of `word' and linguistic analyses. Art has long been aware that the line communicates meaning at least as well as the word. The volume is divided between contemporary and prehistoric art in order to reveal the presumptions of `Western' culture and how we might move beyond it. Since the book is a critique of Eurocentric thinking and prose, it works at finding new styles of both.
Its philosophical meditation is directed equally to those who are intellectually interested in contemporary and prehistoric art, in theories of postmodern culture and criticism, and in anthropology.