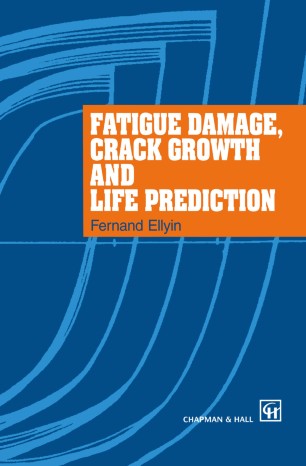 Fatigue failure is a multi-stage process. It begins with the initiation of cracks, and with continued cyclic loading the cracks propagate, finally leading to the rupture of a component or specimen. The demarcation between the above stages is not well-defined. Depending upon the scale of interest, the variation may span three orders of magnitude. For example, to a material scientist an initiated crack may be of the order of a micron, whereas for an engineer it can be of the order of a millimetre. It is not surprising therefore to see that investigation of the fatigue process has followed different paths depending upon the scale of phenomenon under investigation. Interest in the study of fatigue failure increased with the advent of industrial­ ization. Because of the urgent need to design against fatigue failure, early investiga­ tors focused on prototype testing and proposed failure criteria similar to design formulae. Thus, a methodology developed whereby the fatigue theories were proposed based on experimental observations, albeit at times with limited scope. This type of phenomenological approach progressed rapidly during the past four decades as closed-loop testing machines became available.