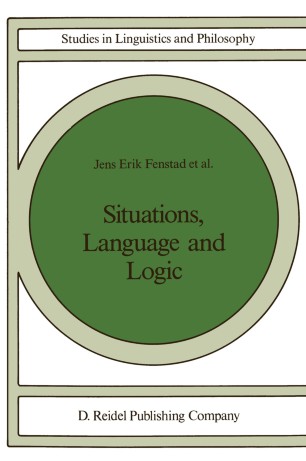 Part of the Studies in Linguistics and Philosophy book series (SLAP, volume 34)

This monograph grew out of research at Xerox PARC and the Center for the Study of Language and Information (CSLI) during the first year of CSLI's existence. The Center was created as a meeting place for people from many different research traditions and there was much interest in seeing how the various approaches could be joined in a common effort to understand the complexity of language and information. CSLI was thus an ideal environment for our group and our enterprise. Our original goal was to see how a well-developed linguistic the­ ory, such as lexical-functional grammar, could be joined with the ideas emerging from research in situation semantics in a manner which would measure up to the technical standards set by Montague grammar. The outcome was our notion of situation schemata and the extension of constraint-based grammar formalisms to deal with semantic as well as syntactic information. As our work progressed we widened our approach. We decided to also include a detailed study of the logic of situation theory, and to investigate how this logical theory is related to the relational theory of meaning developed in situation semantics.