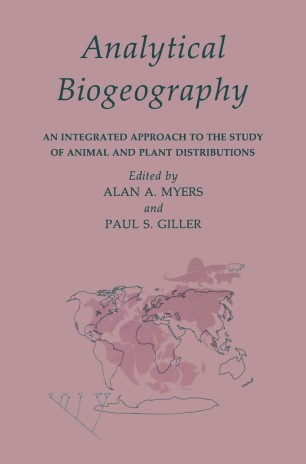 An Integrated Approach to the Study of Animal and Plant Distributions

Biogeography may be defined simply as the study of the geographical distribution of organisms, but this simple definition hides the great complexity of the subject. Biogeography transcends classical subject areas and involves a range of scientific disciplines that includes geogra­ phy, geology and biology. Not surprisingly, therefore, it means rather different things to different people. Historically, the study of biogeogra­ phy has been concentrated into compartments at separate points along a spatio-temporal gradient. At one end of the gradient, ecological biogeography is concerned with ecological processes occurring over short temporal and small spatial scales, whilst at the other end, historical biogeography is concerned with evolutionary processes over millions of years on a large, often global scale. Between these end points lies a third major compartment concerned with the profound effects of Pleistocene glaciations and how these have affected the distribution of recent organisms. Within each of these compartments along the scale gradient, a large number of theories, hypotheses and models have been proposed in an attempt to explain the present and past biotic distribution patterns. To a large extent, these compartments of the subject have been non-interactive, which is understandable from the different interests and backgrounds of the various researchers. Nevertheless, the distribu­ tions of organisms across the globe cannot be fully understood without a knowledge of the full spectrum of ecological and historical processes. There are no degrees in biogeography and today's biogeographers are primarily born out of some other discipline.