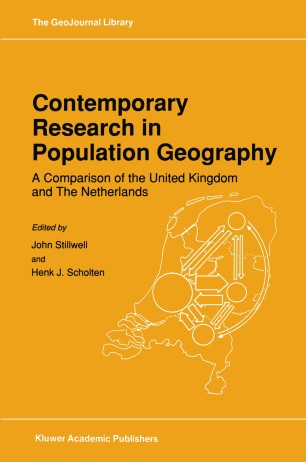 A Comparison of the United Kingdom and The Netherlands

Part of the The GeoJournal Library book series (GEJL, volume 14)

Significant changes have occured in the structural composition and geographical distribu­ tion of the populations of North West European countries during the 1970's and 1980's. Whilst the subject matter of this volume reflects many of the important themes of research activity that have preoccupied British and Dutch spatial demographers and population geographers over the last decade, the structure of the book aims to facilitate comparison of those selected themes between the United Kingdom and the Netherlands. The book has gradually taken shape over the period of time since the conference in Oxford, in 1986, when the contents were first presented. We are very grateful for the assistance that we have received during the production process from Marjie Salisbury, Tim Hadwin and John Dixon at the School of Geography, University of Leeds; from Annemieke Perquin at the National Physical Planning Agency in The Hague; and from Evert Meijer, Elmy Heuvelmans and Berry van Houten at GEODAN in Amsterdam. We also wish to acknowledge the contributions to the field of population geography that have been made in recent years by John Coward, who died so tragically in the Ke gworth air disaster earlier this year.