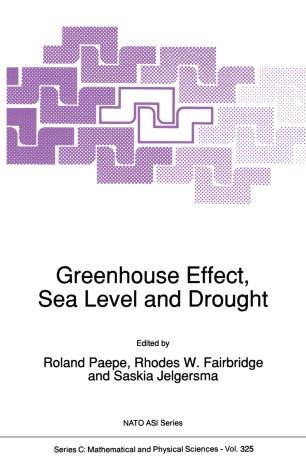 Shortly after the creation of the Vrije Universiteit Brussel (Free University Brussels) in 1970, currently labelled as VUB, a Department of Quaternary Geology was installed within the Faculty of Science in 1974. At the beginning it dealt mainly with the study of periglacial loess deposits of the Pleistocene Glacial Period in Central Belgium and with coastal deposits in relation to sea level rise during the warm Holocene period covering the last 10,000 years, in which the dawn of civilization took place step by step. Today the same research teams widen their scope of interest: they are presently studying the loess plateau in the People's Republic of China and the world-wide problems associated with sea level rise, coastal erosion being one of the most devastating natural hazards. More and more emphasis is put on problems concerning environmental engineering and those dealing with global change. Since 1975 UNESCO sponsored a number of symposia of the International Union for Quaternary Research (INQUA), whose secretariat was located on the VUB Campus grounds from 1973 to 1982. In 1981 the Applied Geology Department ofthe Faculty of Applied Sciences was created. The NATO-Advanced Research Workshop (ARW) , organized in Fuerteventura (Canary Islands, Spain) in March 1989 was a climax of this series of Global Change gatherings. As Rector of the VUB, I am satisfied that the VUB, through its Earth Technology Institute, of both USA and Belgium could cooperate with NATO and the National Science Foundations in cosponsoring such an initiative.