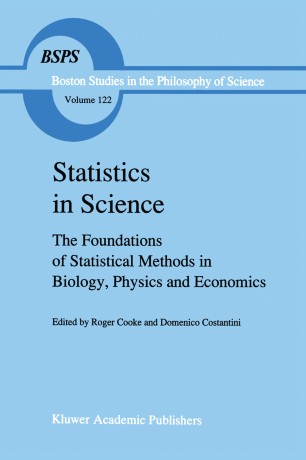 The Foundations of Statistical Methods in Biology, Physics and Economics

Part of the Boston Studies in the Philosophy of Science book series (BSPS, volume 122)