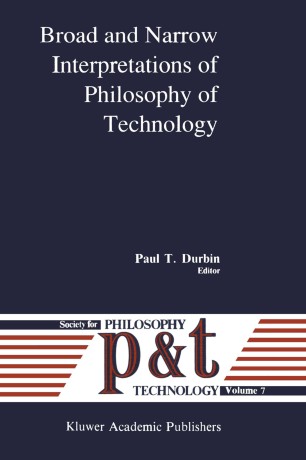 Broad and Narrow Interpretations of Philosophy of Technology

Part of the Philosophy and Technology book series (PHTE, volume 7)

BACKGROUND: DEPARTMENTS, SPECIALIZATION, AND PROFESSIONALIZATION IN AMERICAN HIGHER EDUCATION For over half of its history, U.S. higher education turned out mostly cler­ gymen and lawyers. Looking back on that period, we might be tempted to think that this meant specialized training for the ministry or the practice of law. That, however, was not the case. What a college education in the U.S. prepared young men (almost exclusively) for, from the founding of Harvard College in 1636 through the founding of hundreds of denominational colleges in the first two-thirds of the nineteenth century, was leadership in the community. Professionalization and specialization only began to take root, and then became the dominant mode in U.S. higher education, in the period roughly from 1860--1920. In subsequent decades, that seemed to many critics to signal the end of what might be called "education in wisdom," the preparation of leaders for a broad range of responsibilities. Professionalization, specialization, and departmentalization of higher education in the U.S. began in the last quarter of the nineteenth century.