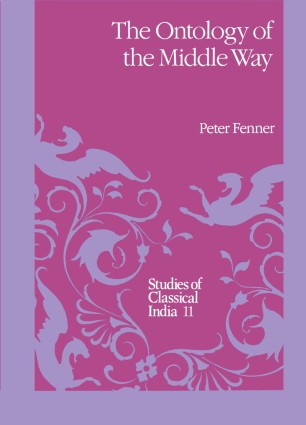 The Ontology of the Middle Way

This study is mainly the outcome of work completed as a Ph.D. thesis at the University of Queensland. However, it has been revised in many ways since its preparation in dissertation form. Many people have contributed to the study and I am concerned that I may fail to mention everyone who has assisted me. My first introduction to The Introduction to the Middle Way (Madhyamakavatara) came through a course I attended at a Buddhist Centre in Queensland called Chenrezig Institute. The course was given by Ven. Geshe Loden, originally of Sera Monastery in India, and was translated by Ven. Zasep Tulku. Besides participating in this course I also attended a number of other courses on Madhyamika presented by these and other lamas in Australia and in Nepal. I was also fortunate to spend a semester at the University of Wisconsin - Madison studying with Professor Geshe Lhundup Sopa. At different times I had the opportunity to discuss, in person or through correspondence, aspects of the study with a number of leading scholars. Professors J.W. de Jong, Robert Thurman, Jeffrey Hopkins and Paul Williams gave freely of their expertise although in some cases I know that I was unable to take full advantage of their suggestions. Special mention and thanks go Professor Fred Streng who supported the study and gave most graciously of his time. In Australia I would like to thank my advisers at the University of Queensland, Drs. Ross Reat, Arvind Sharma and Richard Hutch.