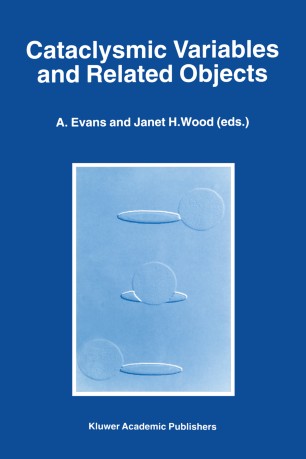 Proceedings of the 158th Colloquium of the International Astronomical Union, Held at Keele, United Kingdom, June 26–30, 1995

In 1993 we began to consider the possibility of holding a conference on Catacysmic Variables (CVs) at Keele University. There have been several meetings in the area of CVs recently (e. g. Eilat, Abano-Padova, Capetown). However as preparations for the Keele meeting progressed we realized that, while there had been a number of IAU meetings devoted to related and to peripheral topics (such as IAU Colloquium 122 on Classical Novae in 1989, IAU Colloquium 129 on Accretion Disks in 1990), there had been no IAU-sponsored conferences in the area of cataclysmi/: variables (CVs) for a number of years. We felt therefore that the time was ripe to have an IAU meeting de­ voted to an overview of CVs and related objects and the SOC organized the conference such that there was an emphasis on invited reviews of the most recent advances in the field. The conference covered both CVs and LMXBs and the inter-relations between them. The meeting was held at a time when powerful satellite observatories, and rapid improvements in ground based instrumentation, had led to many advances in both CV and LMXB research. The conference provided a forum to review observations from ASCA, EUVE, ROSAT, Ginga and the recently-refurbished HST. Photo­ metric, spectroscopic and polarimetric observations of CVs and LMXBs have thrown new light on the distribution of matter and the nature of the stellar components in these systems.