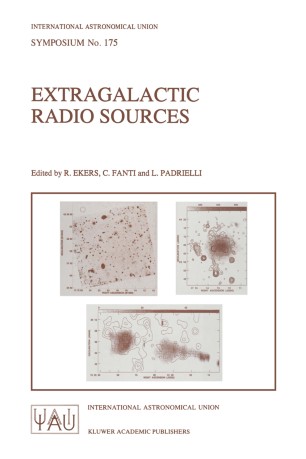 Proceedings of the 175th Symposium of the International Astronomical Union, Held in Bologna, Italy 10–14 October 1995

On the 100th anniversary of Marconi's successful experiment on radio broadcasting, 250 astronomers from all over the world met in Bologna (Italy) for five days, to update their knowledge of the physics and statistical properties of powerful extragalactic radio sources.
Since their discovery in the fifties enormous progress has been made. The existence of superluminal motions in the cores of radio sources, the presence there of a black hole surrounded by an absorbing dust torus, as inferred mostly from studies at other wavelengths, are now accepted ideas.
Nevertheless, in spite of these efforts, there are many questions still unanswered. For instance we do not know which mechanism produces the huge amount of energy supplied to radio sources, how the jets connecting the `engine' to the lobes are formed and collimated, which of the differences observed among the various classes of radio sources are apparent and which are real.
These and other related topics are discussed in this book.