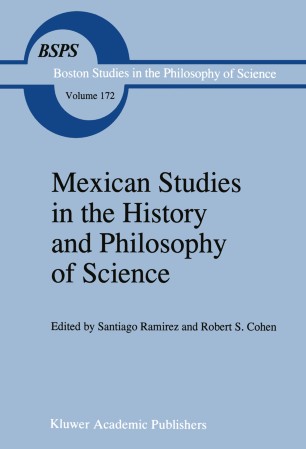 Mexican Studies in the History and Philosophy of Science

Part of the Boston Studies in the Philosophy of Science book series (BSPS, volume 172)

For a North American seeking to know the Mexican mind, and especially the sciences today and in their recent development, a great light of genius is to be found in Mexico City in the late 17th century. Tbe genius is that of one who surely may be counted as the first Mexican philosopher of nature, a nun of the Order of Saint Jerome: Sor Juana Ines de la Cruz. Sor Juana must speak for herself, from her penetrating exercise of an independent mind within a political and religious formation which denigrated women and circumscribed reason itself. To understand this world of ours, to join in an enlightenment which would be both natural and inspired, Sor Juana clearly understood the requirements of leaming, observing, logic and reasoning. In darkness foundering Words fail the troubled mind. For who, I ask, can light me When Reason is blind? Even now, after the great steps toward liberation of women, and the substantial scientific contributions toward sheer empirical awareness of both the multiple orders ofNature and the subtle aesthetics ofindividual art and social harmony, we too in the earthly world of the 20th century must affirm what she affirmed.