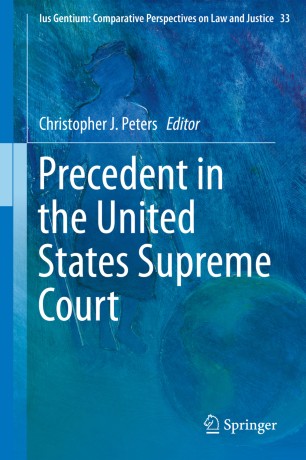 This volume presents a variety of both normative and descriptive perspectives on the use of precedent by the United States Supreme Court.  It brings together a diverse group of American legal scholars, some of whom have been influenced by the Segal/Spaeth "attitudinal" model and some of whom have not. The group of contributors includes legal theorists and empiricists, constitutional lawyers and legal generalists, leading authorities and up-and-coming scholars.  The book addresses questions such as how the Court establishes durable precedent, how the Court decides to overrule precedent, the effects of precedent on case selection, the scope of constitutional precedent, the influence of concurrences and dissents, and the normative foundations of constitutional precedent.  Most of these questions have been addressed by the Court itself only obliquely, if at all. The volume will be valuable to readers both in the United States and abroad, particularly in light of ongoing debates over the role of precedent in civil-law nations and emerging legal systems.