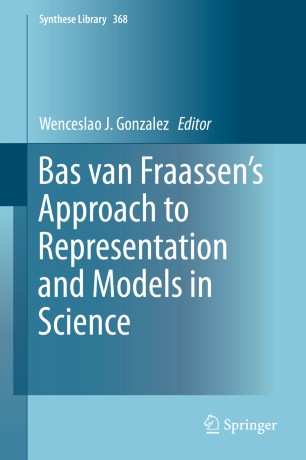 Bas van Fraassen’s Approach to Representation and Models in Science

This book analyzes Bas van Fraassen’s characterization of representation and models in science. In this regard, it presents the philosophical coordinates of his approach and pays attention to his structural empiricism as a framework for his views on scientific representations and models. These are developed here through two new contributions made by van Fraassen. In addition, there are analyses of the relation between models and reality in his approach, where the complexity of this conception is considered in detail. Furthermore, there is an examination of scientific explanation and epistemic values judgments. This volume includes a wealth of bibliographical information on his philosophy and relevant philosophical issues.

Bas van Fraassen is a key figure in contemporary philosophy of science, as the prestigious Hempel Award shows. His views on scientific representation offer new ideas on how it should be characterized, and his conception of models shows a novelty that goes beyond other empiricists’ approaches of recent times. Both aspects — the characterization of scientific representation and the conception of models in science — are part of a deliberate attempt to forge a “structural empiricism,” an alternative to structural realism based on an elaborated version of empiricism.

“A useful overview of van Fraassen’s work focusing on models and representation. … this book is not a mere compilation of contributions making exegesis of an author, but a philosophical contribution in itself. … It deserves the attention of philosophers of science, not just of those interested in van Fraassen’s work.” (Xavier de Donato Rodríguez, Theoria, Vol. 30 (3), 2015)