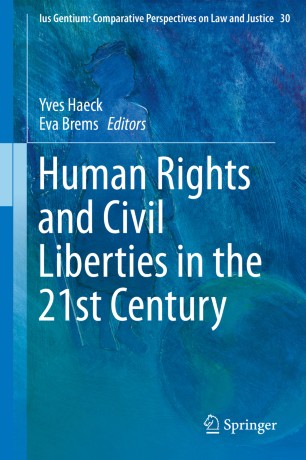 Human Rights and Civil Liberties in the 21st Century

This volume contributes to the on-going legal discussion on pressing procedural and substantial law issues in the ambit of international human rights and civil liberties. While the 20th century has seen the true awakening of human rights, the 21st century poses new challenges to this ever-unfolding area of law. Not only do international tribunals and quasi-tribunals worldwide and domestic US and European continental courts have to deal with increasing numbers of complaints and petitions from individuals and groups on a vast array of societal problems, the legal issues put to them are sometimes extremely difficult to resolve as they relate to very sensitive issues. This book examines issues ranging from the status of human rights under US law to the status of the ECHR in the broader context of international law. It looks at the role of positive obligations in the case law of the Strasbourg Court, as well the impact of its case-law on childbirth and push-back operation towards boat people, but also at the growing unwillingness of ECHR member states to cooperate with the Strasbourg Court. It explores the new frontiers in US Capital punishment litigation, the first case before the International Criminal Court and the legal effect of judgments of the European Court on third states.​