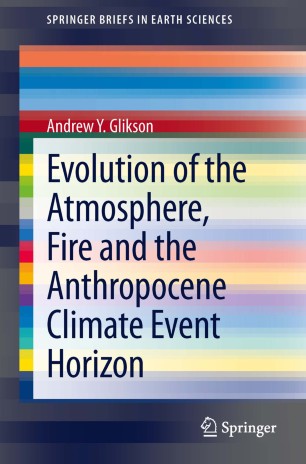 Evolution of the Atmosphere, Fire and the Anthropocene Climate Event Horizon

Unique among all creatures, further to the increase in its cranial volume from Australopithecus to Homo sapiens, the use of tools and cultural and scientific creativity, the genus Homo is distinguished by the mastery of fire, which since about two million years ago has become its blueprint.  Through the Holocene and culminating in the Anthropocene, the burning of much of the terrestrial vegetation, excavation and combustion of fossil carbon from up to 420 million years-old biospheres, are leading to a global oxidation event on a geological scale, a rise in entropy in nature and the sixth mass extinction of species.